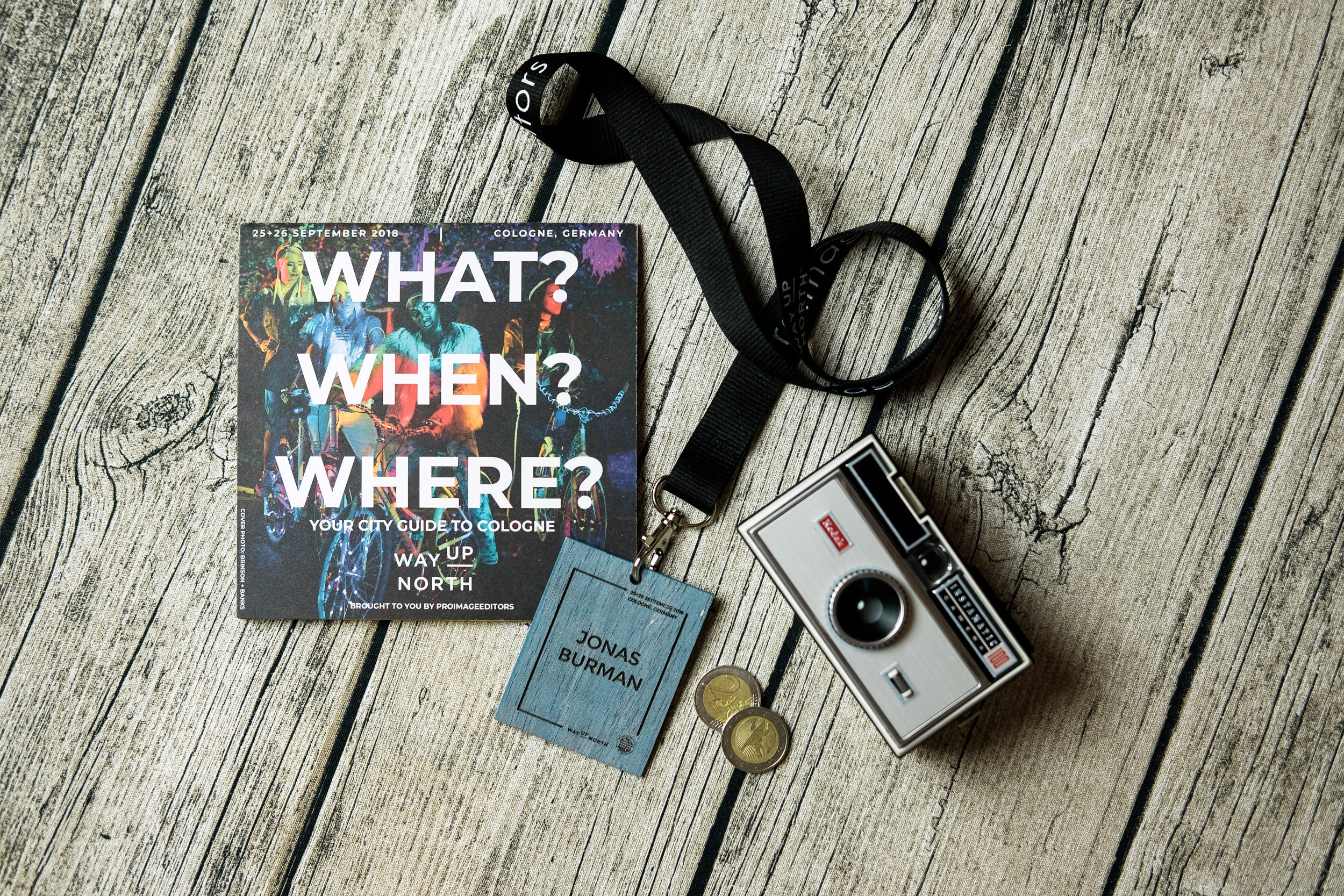 WAY UP NORTH IN COLOGNE

“INSPIRATION IS FOR AMATEURS”

D#mn, those were some great days in Cologne on September 24-27. I felt alive, happy, inspired and high on endorphins. I went back home ready to conquer the world. Today I’ve calmed down thinking I’d only conquer Europe – to begin with.

In the next few days, I will introduce you to all the different speakers on Way Up North (the coolest photo conference right now). I will also tell you where to eat, what to drink and what happens if you cross the street against a red light in Cologne. I will summarize what I learned, what I regret and what the highlights were.

But first, let’s start by listening to Cole Roberts (one of the founders of Way Up North along with Jakob Granqvist, together they also run Nordica Photography). 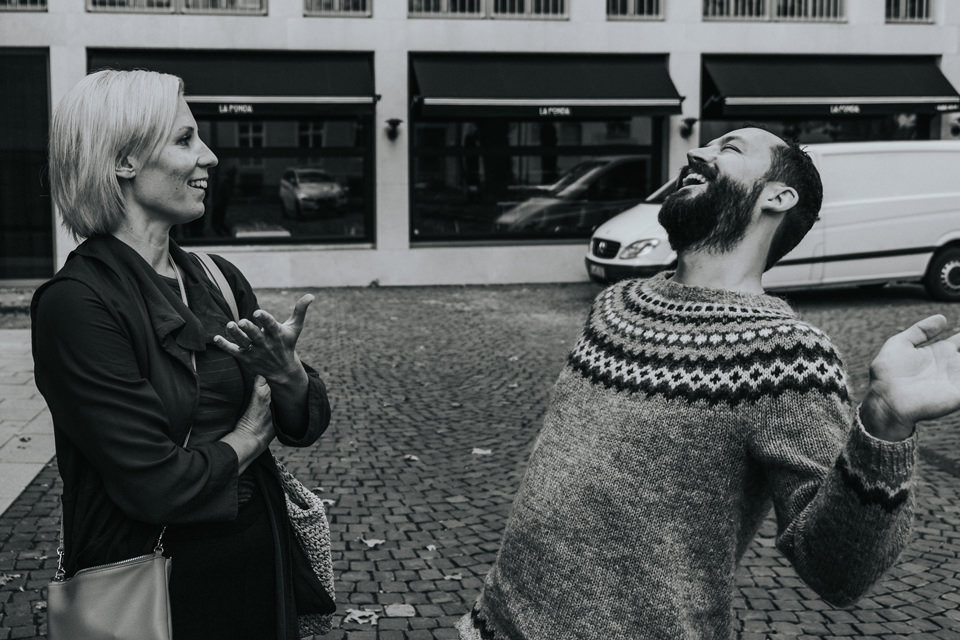 “AT THE TIME THERE WERE NO EVENTS… LIKE WAY UP NORTH, SO BAM, WE CREATED IT!”

“Hi Cole. As you already know, I’m a big fan of Way Up North. What was the idea behind the event from the beginning?”

“The original idea was pretty selfish to be honest: we wanted to challenge ourselves with another business and the idea of hosting a BIG event felt like an exciting challenge. It was totally outside our skill set, but we wanted to give it a go. So we narrowed the idea down to the basics: where did we see a gap in the market, and what demand could we fill. At the time there were no events in Scandinavia like Way Up North, so BAM, we created it.” 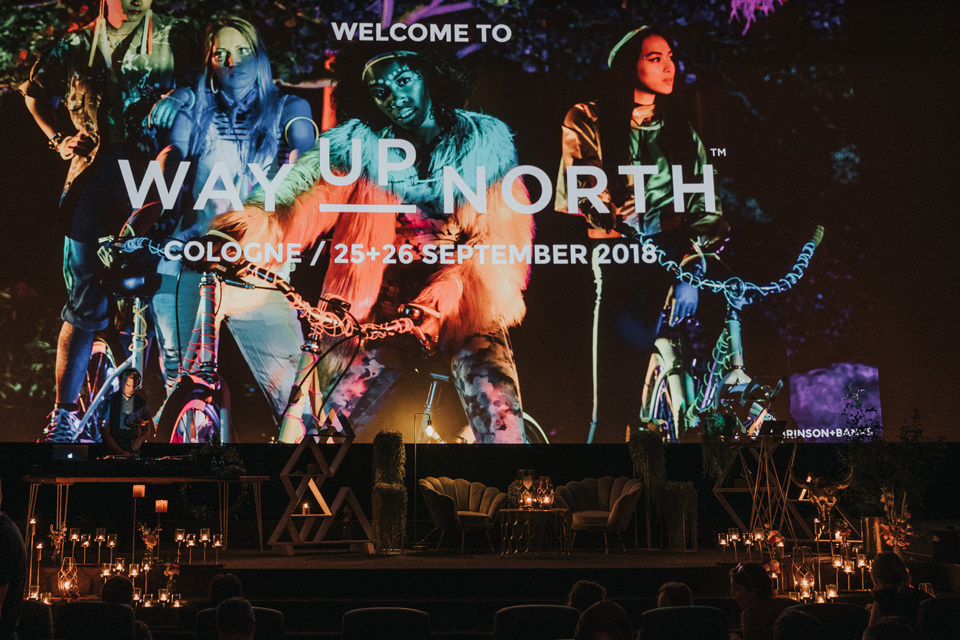 “And you did an excellent job, I have to say. I’ve never felt so inspired and well taken care of as when visiting Way Up North. You’ve really thought about everything – what hotel to book, where to have lunch, where to have a drink, and what attractions to see in my spare time. All I have to do is book my ticket, and I know I’ll be fine.”

“Back to the question. You felt something was missing on the market. What was the demand you wanted to fill?”

“The idea in the beginning was to create an event that would encourage people to take action afterwards. INSPIRED. COMMITTED. NOW WHAT? was part of the ethos because typically people would leave events like this inspired and ever-more committed, but 3 4 5 6 7 8 9 days afterwards, no action is taken. So we hoped the NOW WHAT would be people coming to the event and leaving with action.”

“Sure, I always return home with lots of inspiration and ideas, and you’ll be pleased to hear that I’ve managed to convert what I’ve learned to action. I’ve transformed my business into something that I really believe in and am very proud of. In other words, the concept really made a difference for me. And for you guys, did it turn out the way you thought?”

“In the beginning things evolved pretty quickly. When we did the first event in Stockholm back in 2015, it sold out almost immediately which made us wonder if the format would work somewhere else. That took us to Rome back in 2016 for much of the same reason: we didn’t see a large event like there and it’s such an amazing city, we thought: why not us? We had no connections there, we don’t speak Italian, and we did it all kind of rough around the edges, but it worked.” 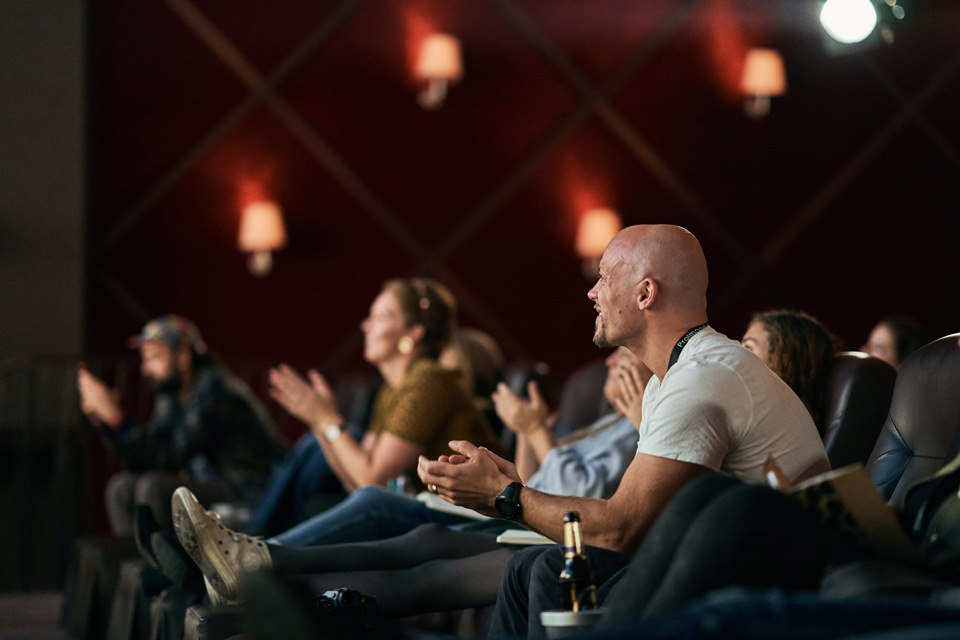 “WHO KNOWS WHERE IT’S GOING NEXT, BUT WE’RE EXCITED TO FIND OUT!”

“Awesome, I’m so happy for you. You guys’ve thrown quite a few events by now. What do you think the reason is that so many return time after time, and never seem to get enough?”

“So we’re eight events in now and love that WUN is evolving. We did a WUN Local event in Oslo last year which was only in Norwegian, we’ve tried WUNX presentations (which were 10 minutes – no longer), we did a WUN Warmup idea which was a smaller gathering before the main one in Stockholm, we’ve added the WUN Awards to the mix, and we’ve done an online, live streaming version of the event. All of these ideas compliment the BIG SHOW, but displays the brand isn’t afraid of trying new things. Even in Cannes next April – we’re adding photography workshops into the mix which will be a first.”

“I’m already looking forward to Way Up North in Cannes this spring, and workshops sounds very exciting. What do you think will happen next?”

“Way Up North started as a tiny little challenge for ourselves and fostered into an awesome community. Who knows where it’s going next, but we’re excited to find out.”

“Thanks for the chat Cole! It will be exciting to see where you take Way Up North next, and as always I trust that you’re doing something amazing. Coming to your events is like coming home, seeing all my old friends again. And that includes both you, the rest of the team, the sponsors and all the people who return over and over again. As “the friendly guy on first row” I wish you good luck in the future and I’ll see you all in April!”

Don’t have a ticket for the next event yet? You can find them here! (And no, I don’t get paid to say that, I say it because I want to see you there).

Thank you Ausra Babiedaite for the photograph of me in first row.