Magic is like loud music, dinosaurs and colorful clothes mixed with pineapples and weddings. Does it sound corny? It is, but in a really good way. Maciej Suwalowski (aka Magic) lives in Poland. He shoots about half of his weddings back home and the rest all around the world.

His name, Magic, was born out of a misunderstanding. This was in Stockholm, back in 2015, when Maciej frist met James Moes, and introduced himself: 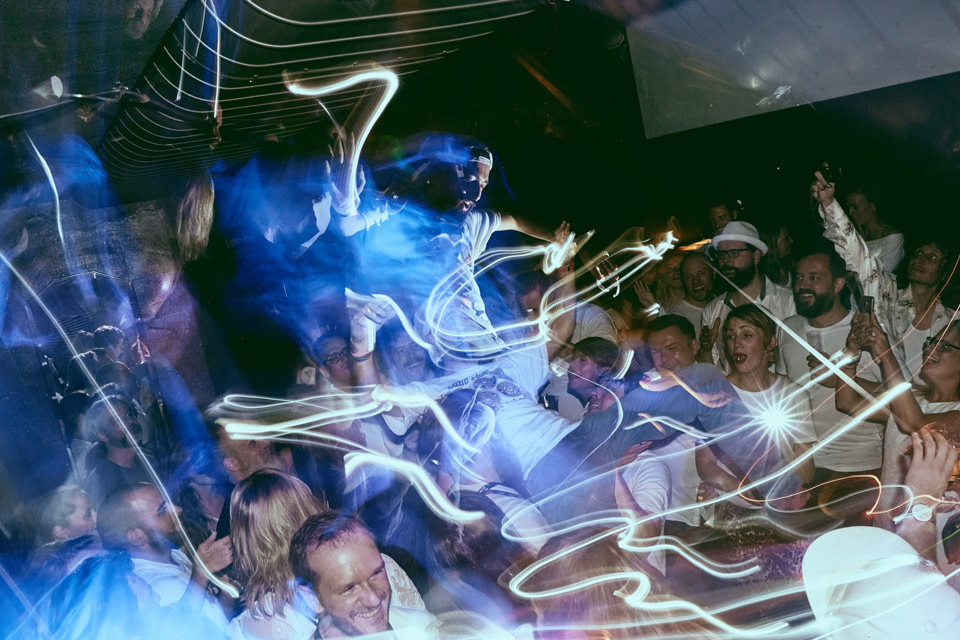 There and then Maciej Suwalowski became Magic and have been rocking the name ever after. The first thing you encounter when you go to his website is a landing page with a single button, saying “Enter the Dragon”. If you dare to enter you’ll soon find yourself in a crazy, but fun world, filled with film references, dragons and cute spacecrafts. If what you’re looking for is an original wedding photographer, you won’t be disappointed. Neither would you have been listening to Magic’s presentation at Way Up North in Cologne. Magic talks about how by being truly yourself, you will attract those who understand and appreciate you and your work and at the same time repel the rest. Magic uses his online presence as a kind of filter to narrow down visitors to only his dream couples

“YOUR ENTRANCE WAS GOOD. HIS WAS BETTER.”

You don’t need and should not try to be like everyone else. Be yourself – whether you like dragons, pineapples, Star Wars or something completely different. Only by being yourself can you become unique and stand out from the crowd. Or as The Riddler says to Two-Face, when Batman makes an epic superhero-landing in slow-motion (in Batman Forever 1995): “Your entrance was good. His was better.”

Don’t have a ticket for the next event yet? You can find them here! (And no, I don’t get paid to say that, I say it because I want to see you there).